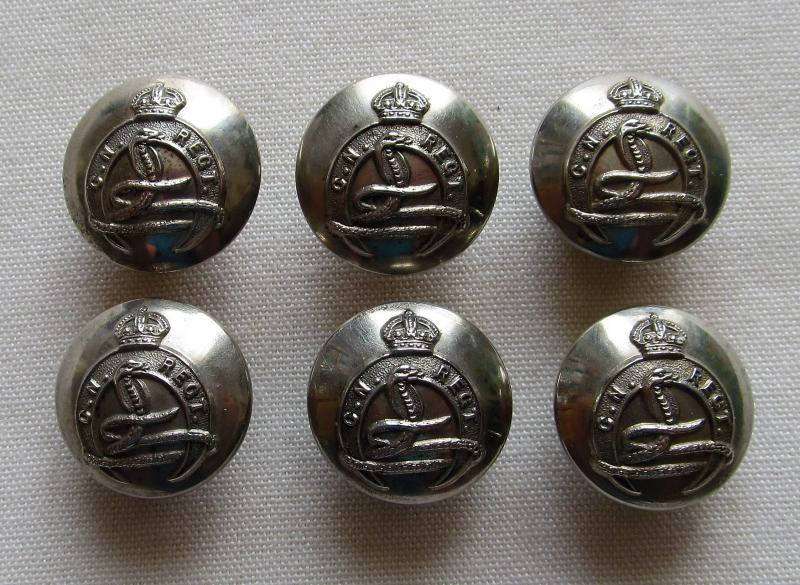 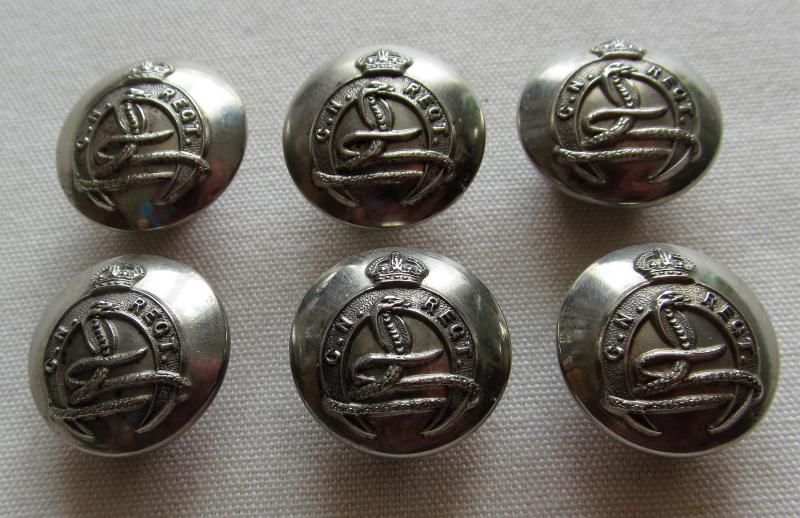 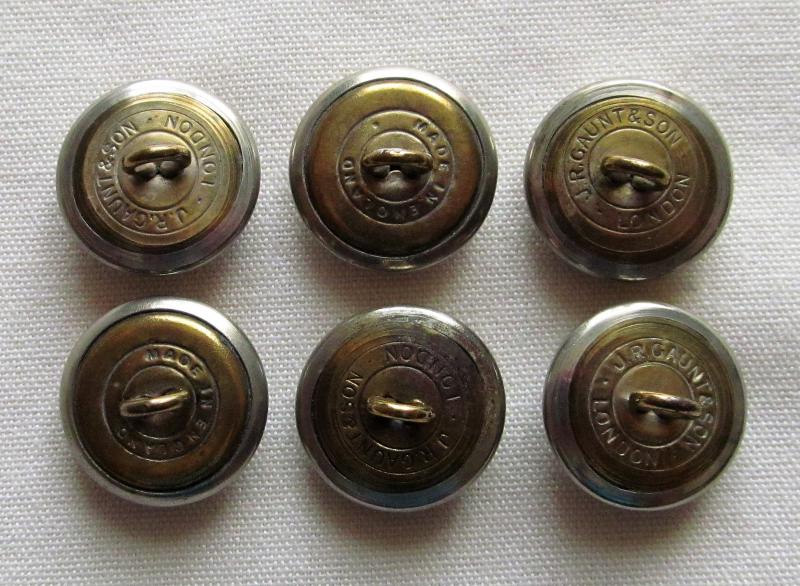 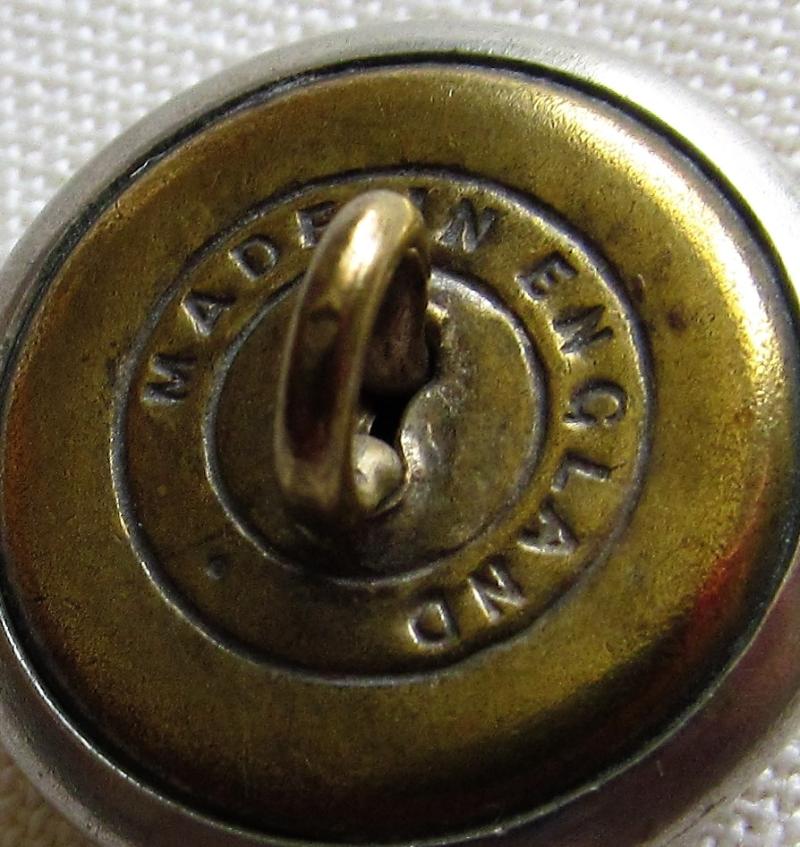 Auxiliary force India 1917 formed as the Chota Nagpur Rifles 7th August 1891. Became Chota Nagpur Light Horse 2nd March 1910 and then The Chota Nagpur Regiment in 1910.
The rare set of six 25mm officer's buttons has the unit’s badge of a horseshoe carrying the regimental title C.N. REGT. with a snake curling round it, all beneath a king’s crown. 4x Gaunt & Sons and 2x Made in England to reverse. This was a very small unit with headquarters at Ranchi. Ashok Nath Izzat 797 shows a drawing of the button and notes that it was composed of 1 cavalry squadron, 1 infantry company, 5 motor platoons, and 1armoured car section. As a unit of the Auxiliary Forces ( India ) it was composed of 266 Europeans, 132 Anglo Indians and 5 Parsees. The regiment assumed this title in 1920 and survived until Independence

Can be sold separately if required