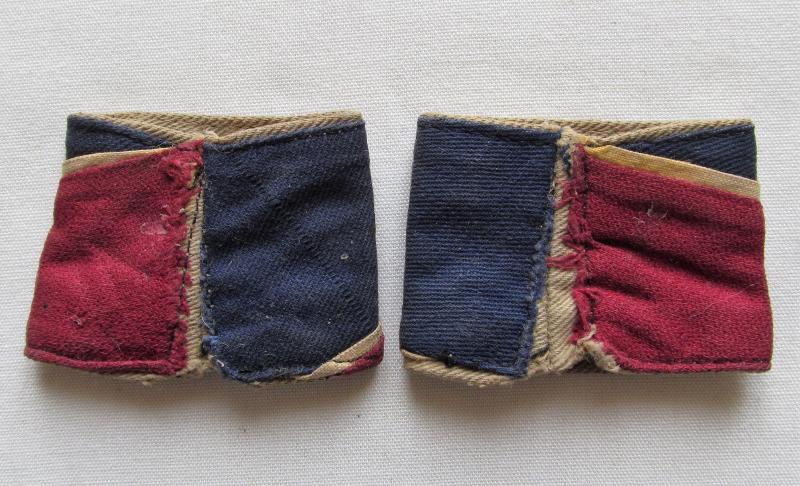 Indian campaign shoulder title. 26th Hussars never having left India, survived until disbanded on 31st October 1943. Short lived items. WWII War raised unit.
The 26th Hussars was a cavalry regiment of the British Army from 1941 to 1943.
The regiment was raised at Meerut in June 1941 from a cadre of personnel taken from the 14th/20th Kings Hussars it was assigned to the 2nd Indian Armoured Brigade and was later moved to the 255th Indian Armoured Brigade at Siakot.
It was disbanded at Bolarum, near Secunderabad in October 1943. Some of the personnel were transferred to the 3rd Carabiniers, but the majority joined the Chindits force under Orde Wingate.