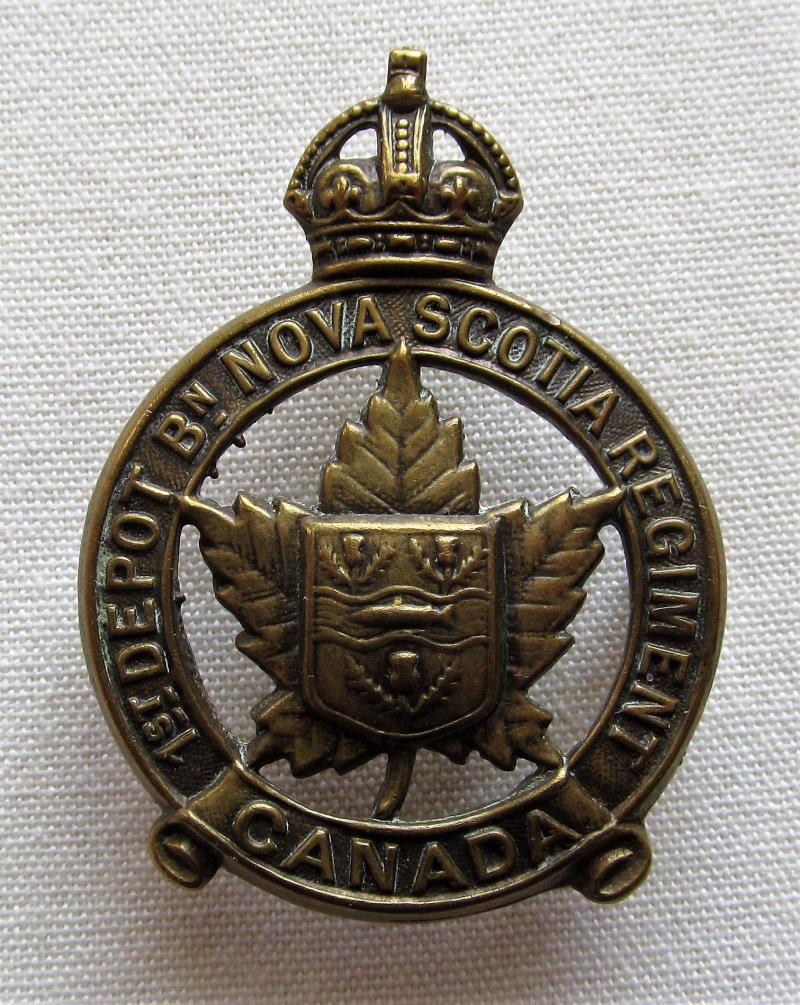 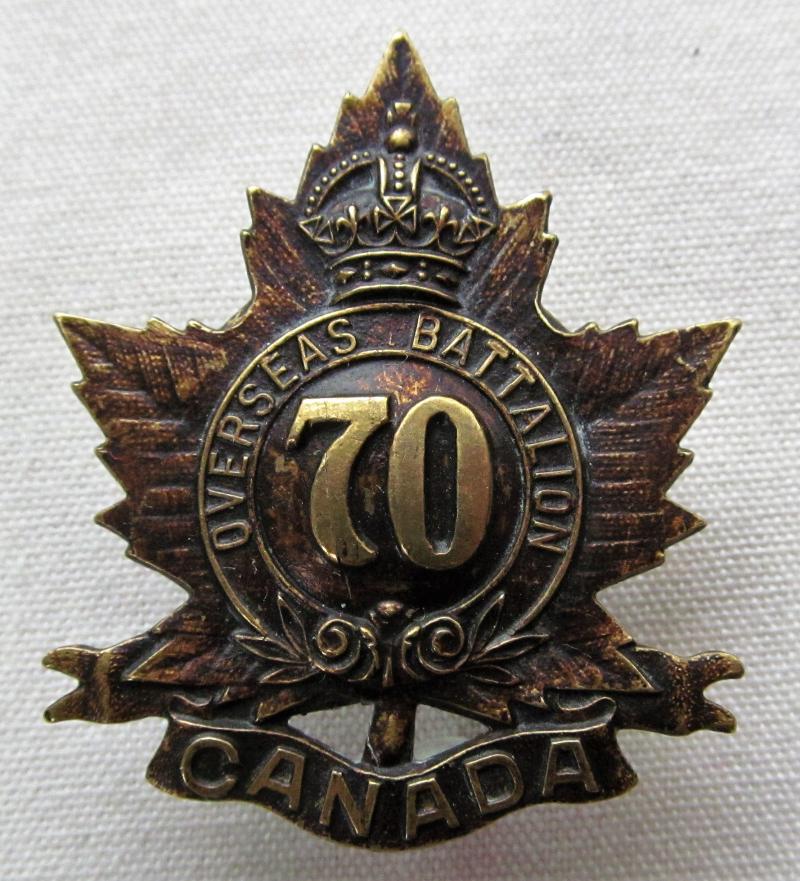 A fine cap badge with 2 loops to reverse. The battalion was raised in Southwestern Ontario with mobilization headquarters in London, Ontario under the authority of G.O. 103A, August 15, 1915. The battalion sailed on April 24, 1916 with strength of 35 officers and 936 other ranks under the command of Lieutenant-Colonel R.I.Towers. Absorbed into the 39th Infantry Battalion. Disbanded on September... read more 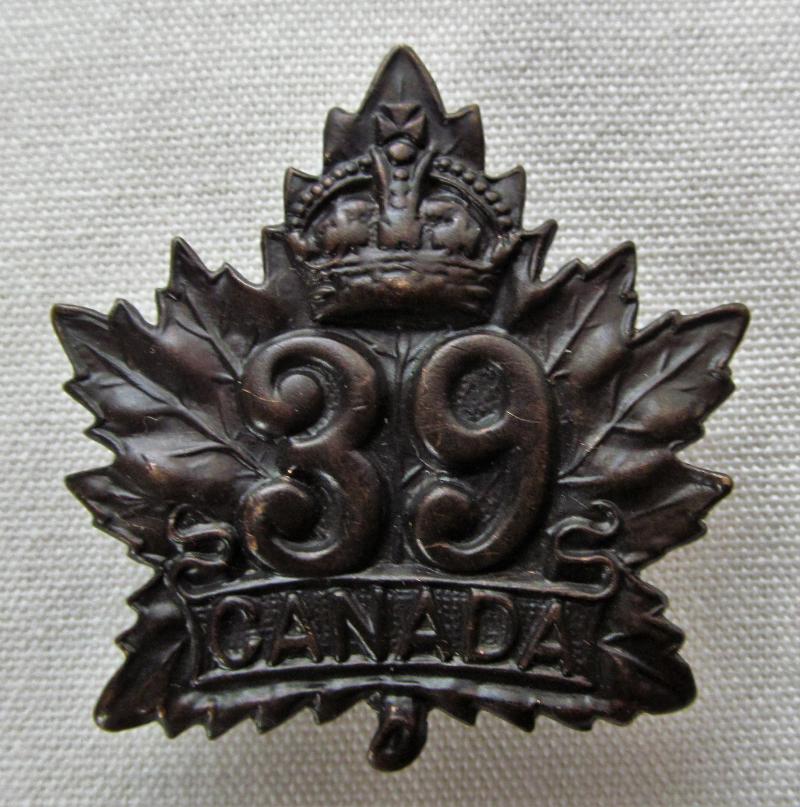 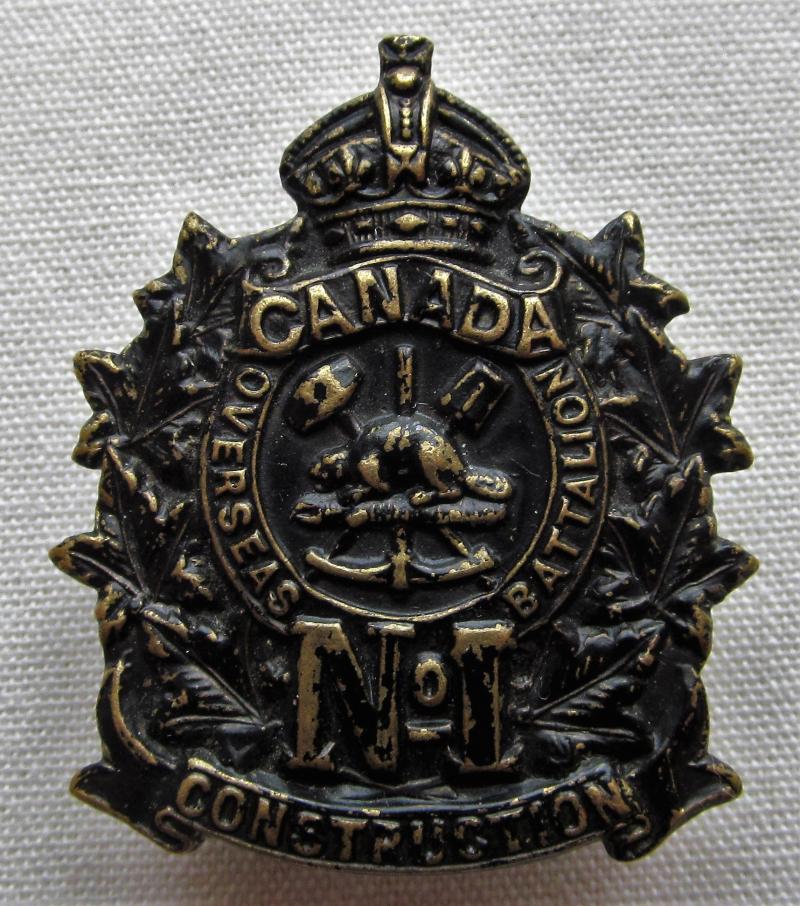 Bronze cap badge with 2 loops to reverse. Served on the Western Front, in Egypt and Salonica. Ref Cox p107 no.871 read more 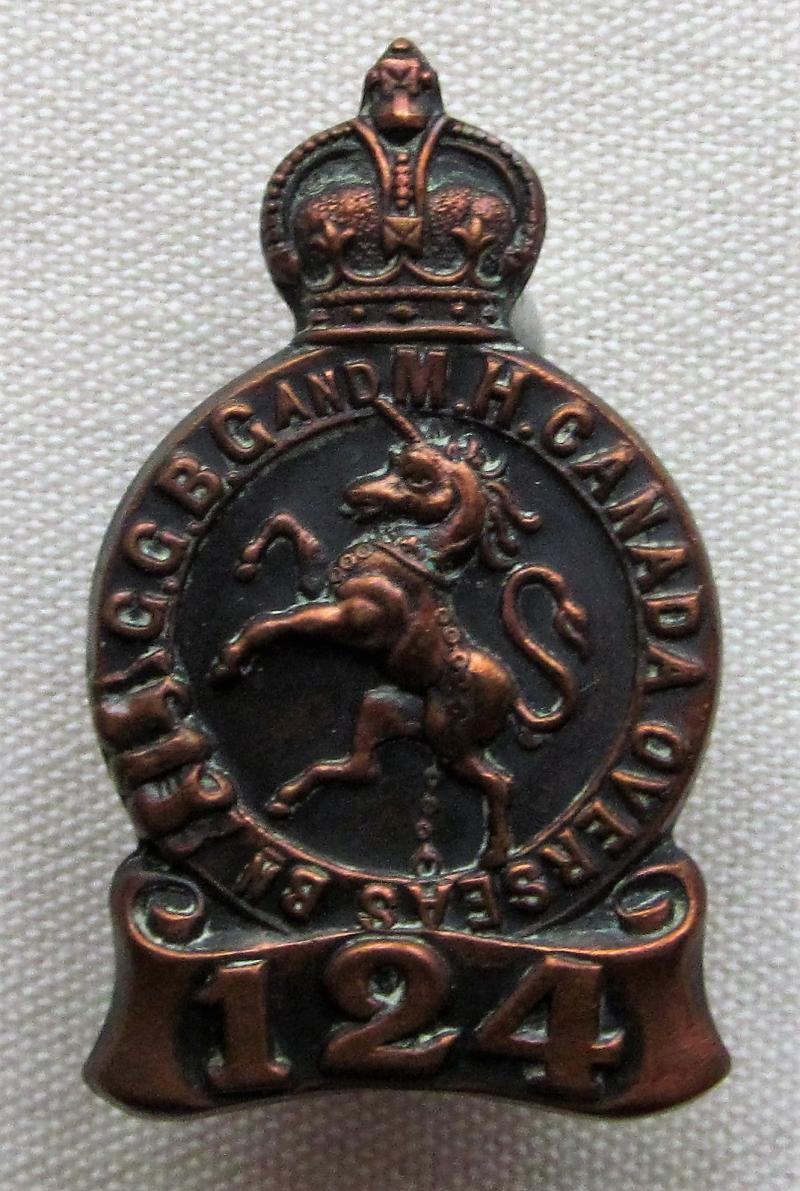 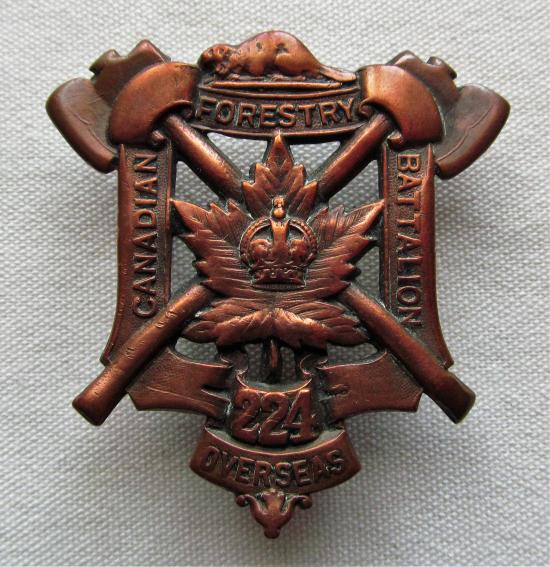 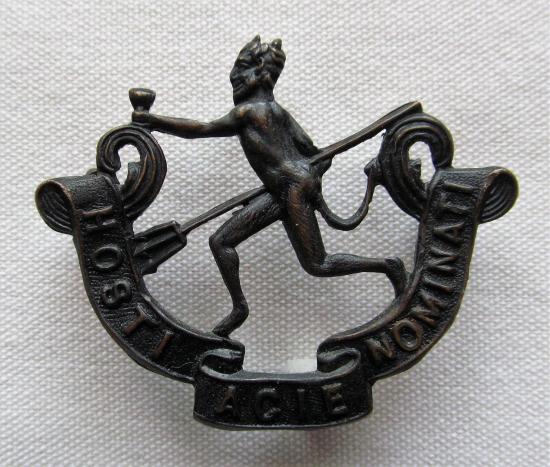 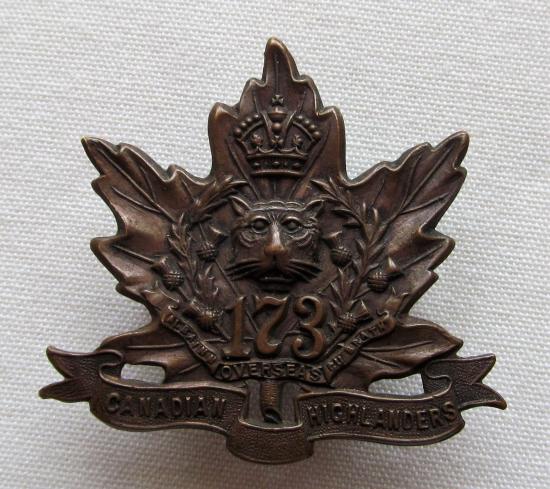 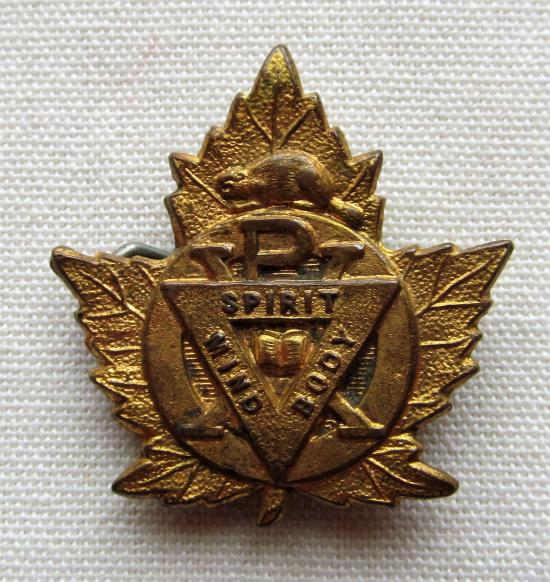