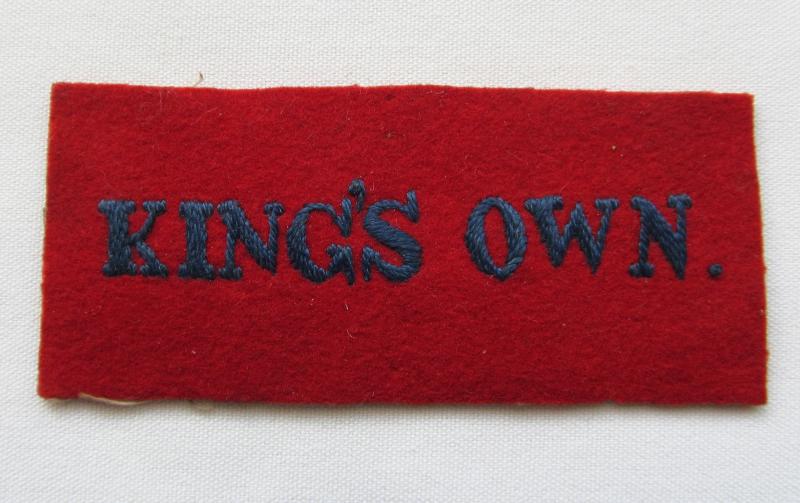 Unusual type Crew badge or Tank badge worn on the arm. Silver and gold wire on black melton for wear on no.1 dress and patrols read more 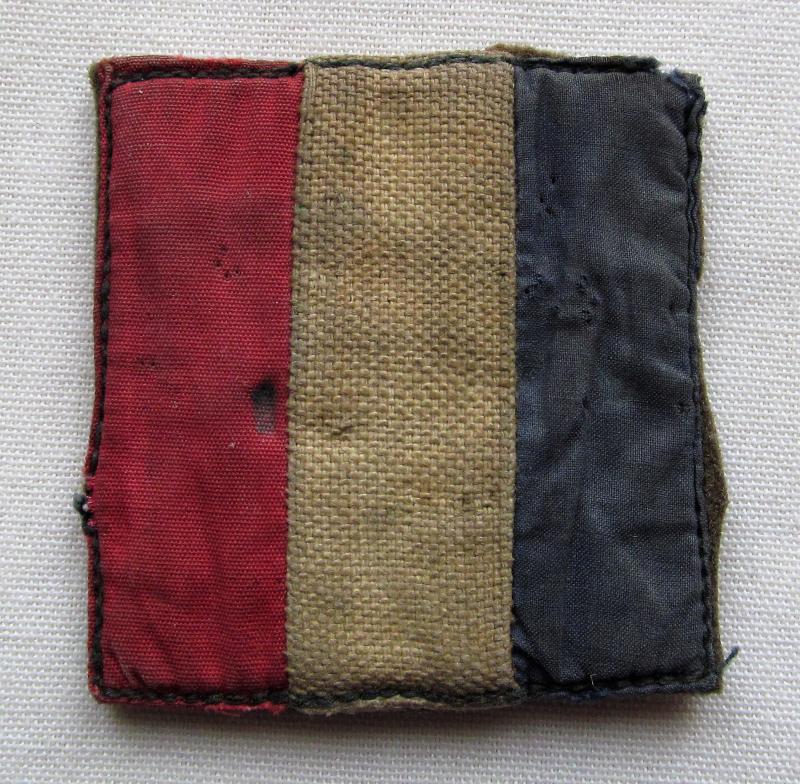 Woven cloth pagri badge worn on the foreign service helmet. 63mm by 40mm.
The King's Regiment (Liverpool) was one of the oldest line infantry regiments of the British Army, having been formed in 1685 and numbered as the 8th (The King's) Regiment of Foot in 1751. Unlike most British Army infantry regiments, which were associated with a county, the King's represented the city of Liverpool,... read more 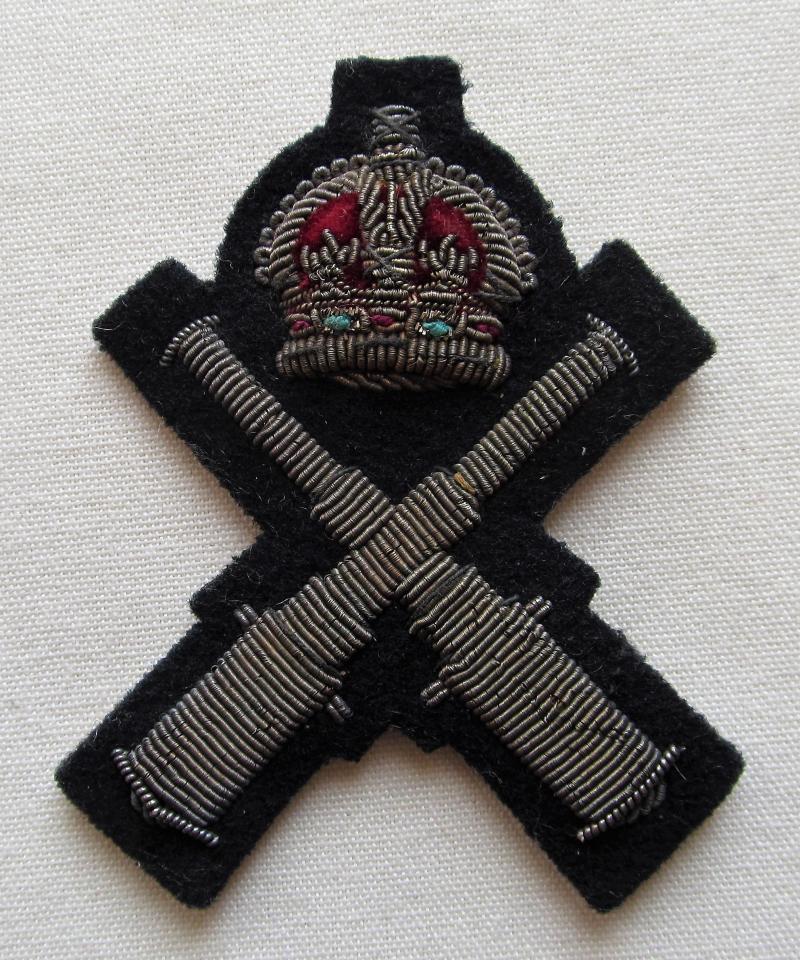 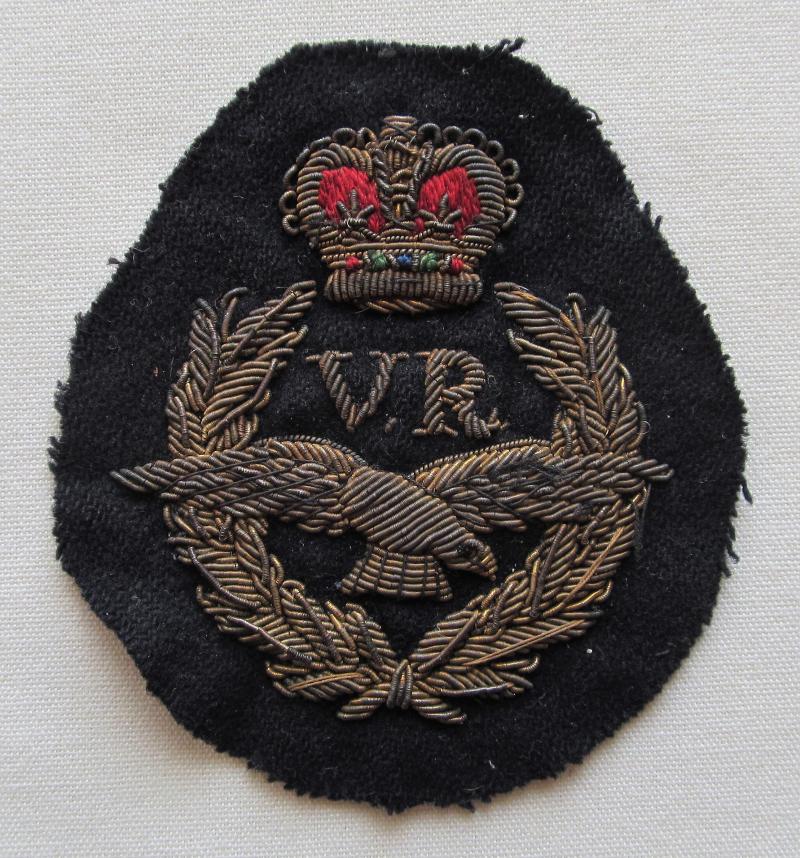 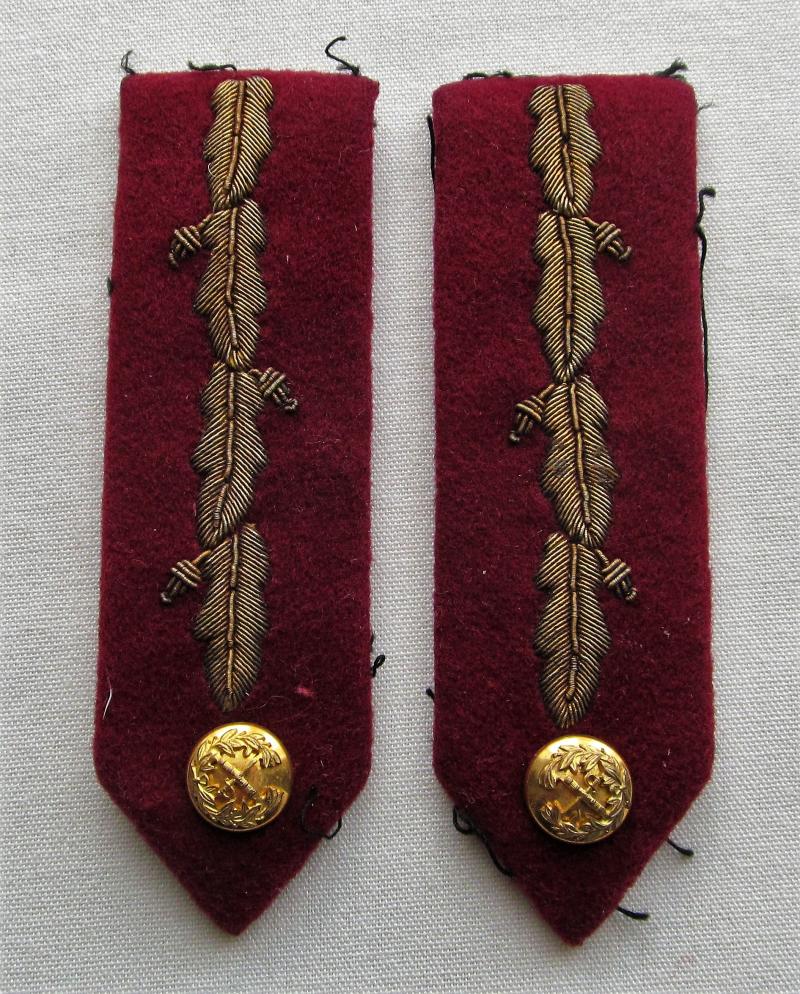 Crew badge or Tank badge worn on the arm. Silver wire on black melton for wear on no.1 dress and patrols. Ref Tanks and Goodbuy by P.Payne and J.McDonald p30/31 read more 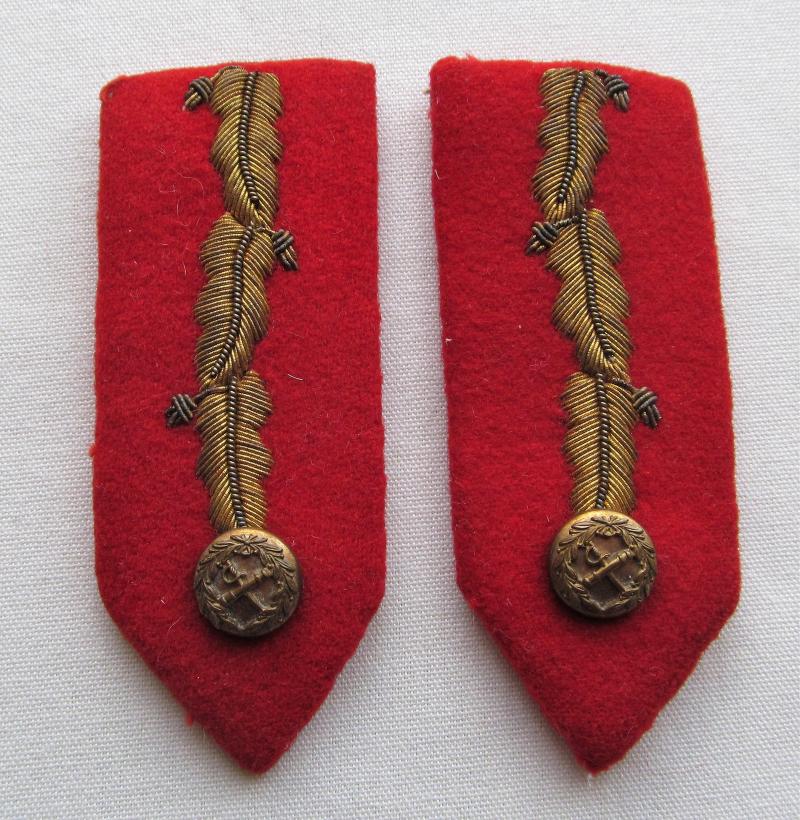 Pair of gilt and bullion gorgets of a staff officer. No.2 and no.4 dress. Gilt buttons and bullion leaves read more